Their reaction to receiving a solar light was out of this world, with some women in tears because they were so happy and thankful.

Over the past 3 weeks, Teresa Mellish and I have been meeting and signing MOUs with women’s groups, dairy groups, and primary schools which are part of the new FHF project funded by Global Affairs Canada called “More Food, Better Food. Empowering Kenyan Farm Women”.

Each of the Women’s Group (WG) meetings had a similar agenda: opening prayer, introductions, explanation of why we were there, explanation of the roles and responsibilities of FHF and the WG in the new project (usually by an executive member of the WG after an initial meeting with the executive from all WGs in the project), Q&A for the MOU, and an MOU vote.

If the vote was positive, it was followed by an MOU signing, water tank explanations, small group discussions on training topics and project concerns, large group summarization and voting on training topics, large group summarization of project concerns, distribution of solar lights, and explanation of solar light use. The meetings ended with words of thanks, closing prayer, and a lunch/snack. 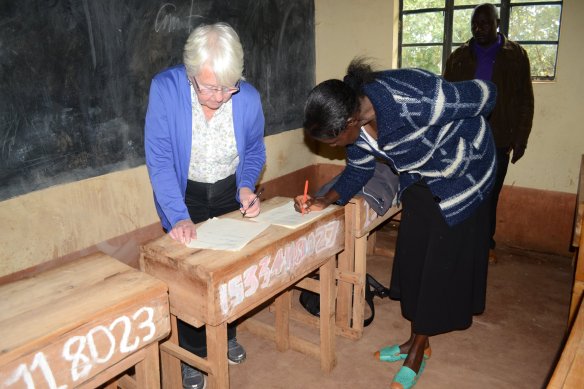 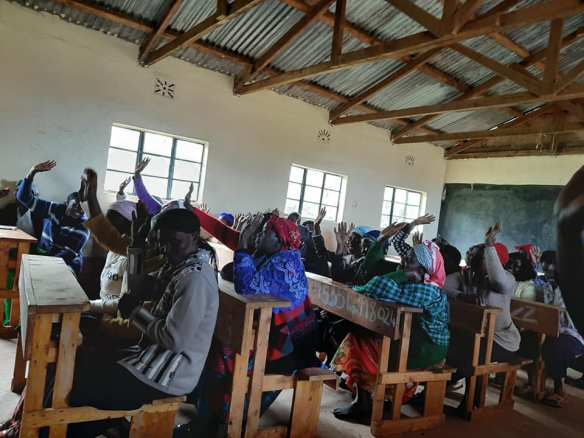 They varied in their ownership status, with some groups having no women renting their house/farm while others had many women in this situation, complicating arrangements for watertanks. They varied in their focus for the project concerns, sometimes focusing on fairness and equity concerns among and/or within WGs, and other times focusing on specific resources needed in their WG or community. And of course, there were differences in their preferred dress colours and styles.

However, there were a number of noteworthy similarities among the WGs. All of their members are women farmers. They are all keen to partner with FHF so that lives can be improved, in both directions. They are all willing to do their part to fulfil the terms of the MOU. They all have deep faith in us and God to help them through the struggles of their lives during the upcoming years. While the members usually come from meagre homes and incomes, they still want to give something to show their deep appreciation for partnering with them on this project. 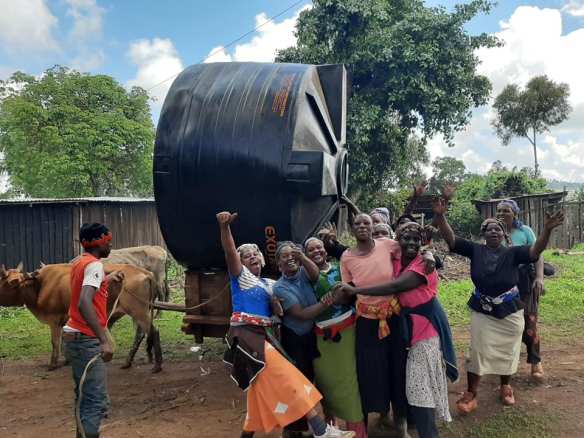 They all love to sing and dance; and they love to get us muzungus (Swahili for white travelers) up from our chairs to share their energy and enthusiasm. A cynic might think it is to show everyone how bad we dance compared to them, but it really is just their way of demonstrating their gratitude. Their reaction to receiving a solar light was out of this world, with some women in tears because they were so happy and thankful. It was an incredible emotional high each time we gave out the solar lights, with many having no electricity so the light will make a huge difference in their lives. And I will never forget their incredibly warm smiles that they all shared with us. 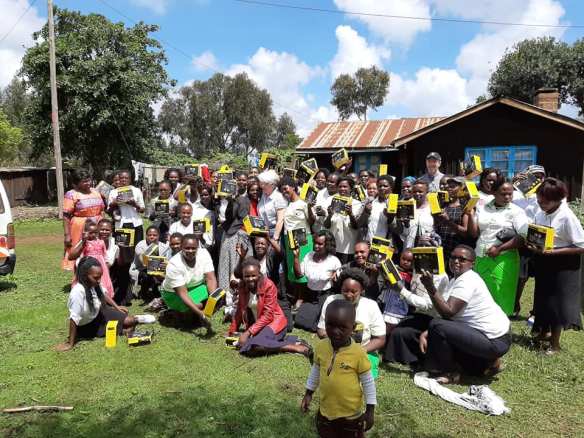